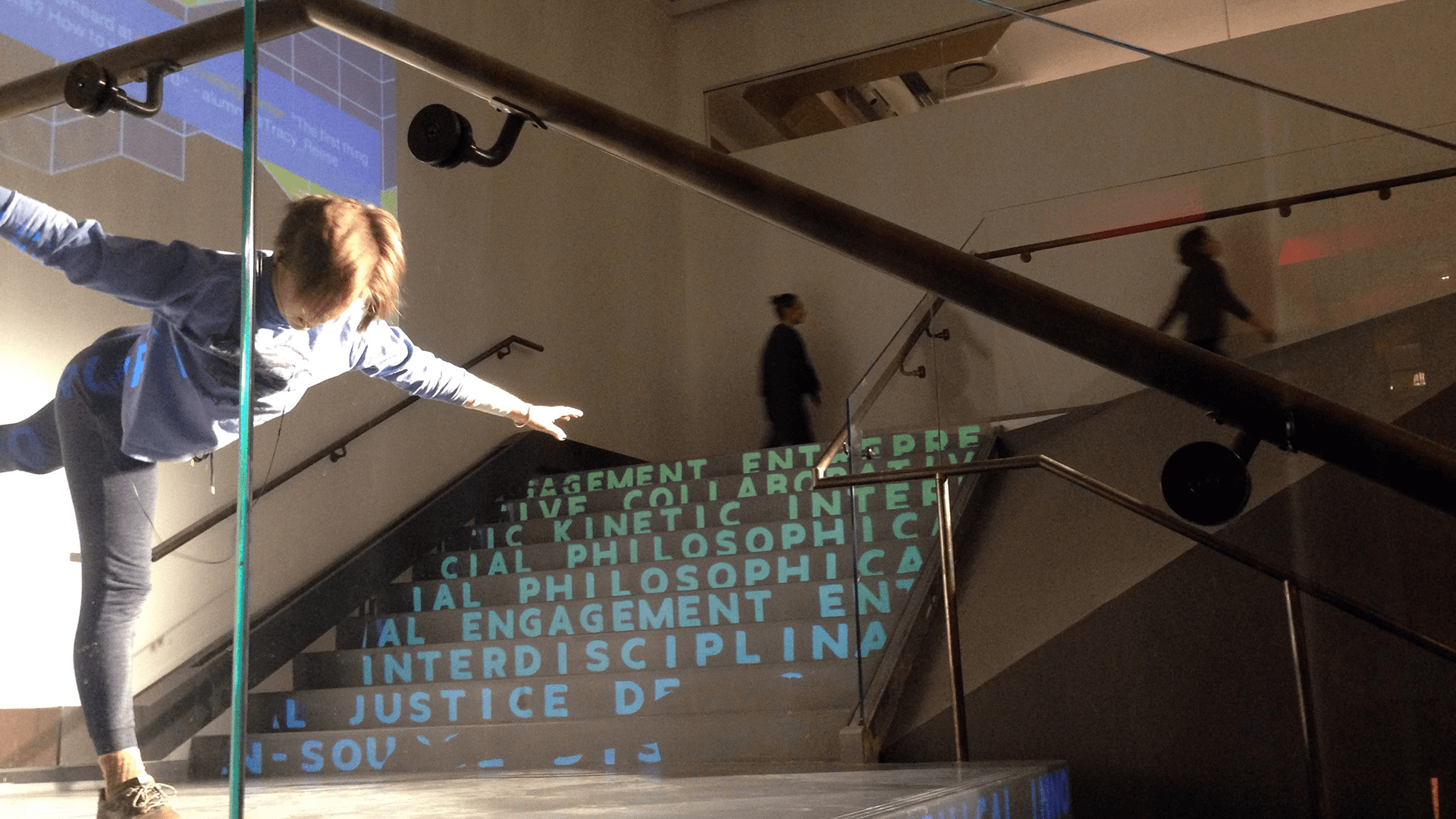 An interactive projection-mapped installation for the grand opening of the University Center at The New School, NY. In collaboration with Imaginary Media (Role: Interactive Developer)

A set of words relating to the theme, philosophy, and function of the new academic building scrolled across the steps of a central staircase. As people passed through the projected words, their shadow would disrupt and block the flow of letters. Meanwhile, the rear wall showcased a live-updating stream of relevant tweets superimposed over a stylized, algorithmically changing representation of the building.

I was responsible for developing the visual behavior of the text (scrolling and responding to user interaction), developing a custom 3D projection-mapping system to address the unique geometry of the stairs, as well as creating the live-updating twitter wall projection. 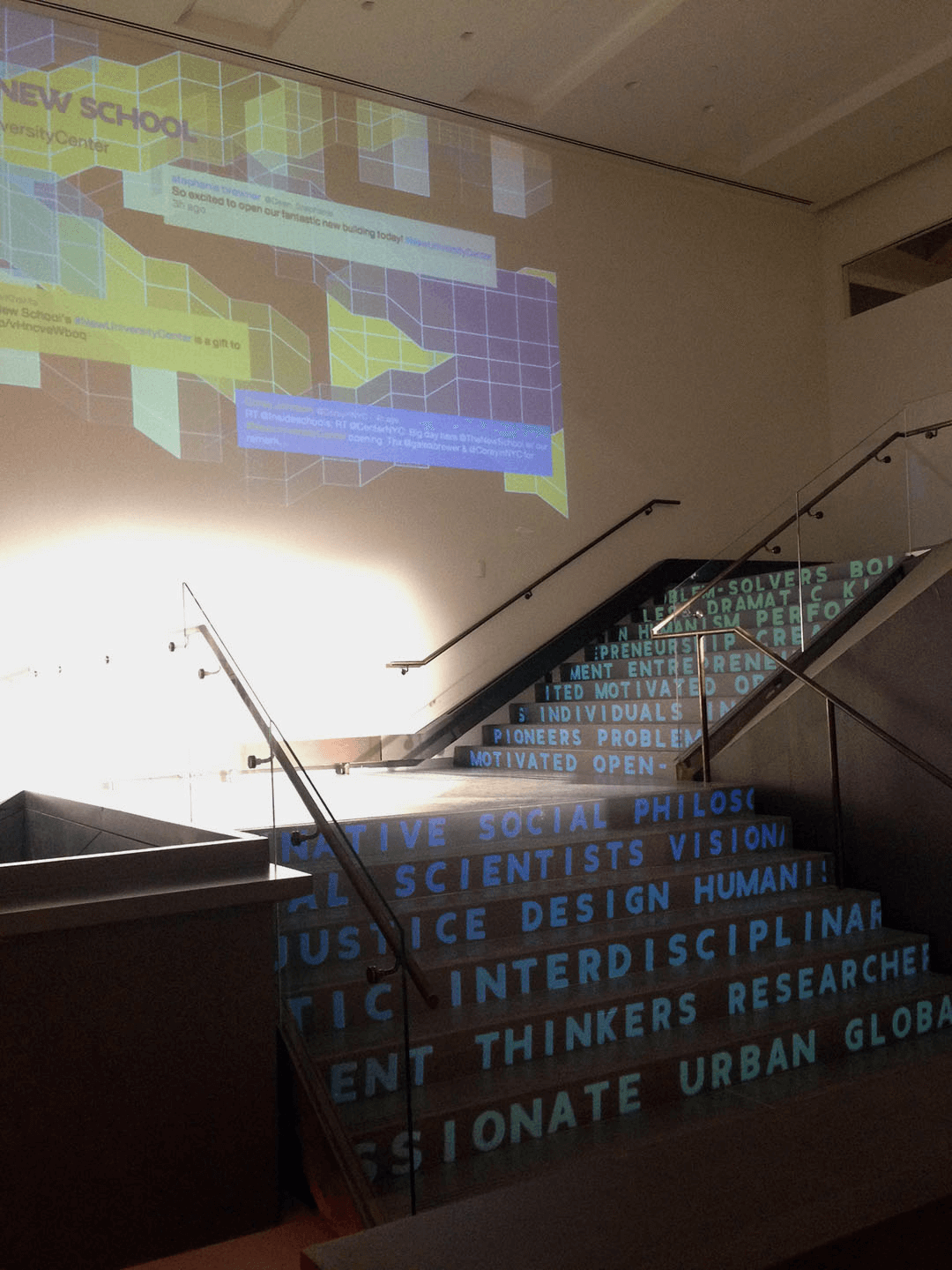