For the film Touched With Fire, director Paul Dalio wanted to use practical effects to create a space in the real world that actors could see and react to, as opposed to waiting until post-production.

Project leader Robert Wuss (Wooster Group) and I created a 360° real-time, animated projection-mapped environment on set using multiple 10,000-lumen projectors, three Mac Pro workstations, and miles and miles of cat5 cabling, resulting in a successful day of shooting with no blind spots that had to be avoided by the freely moving steadicam. 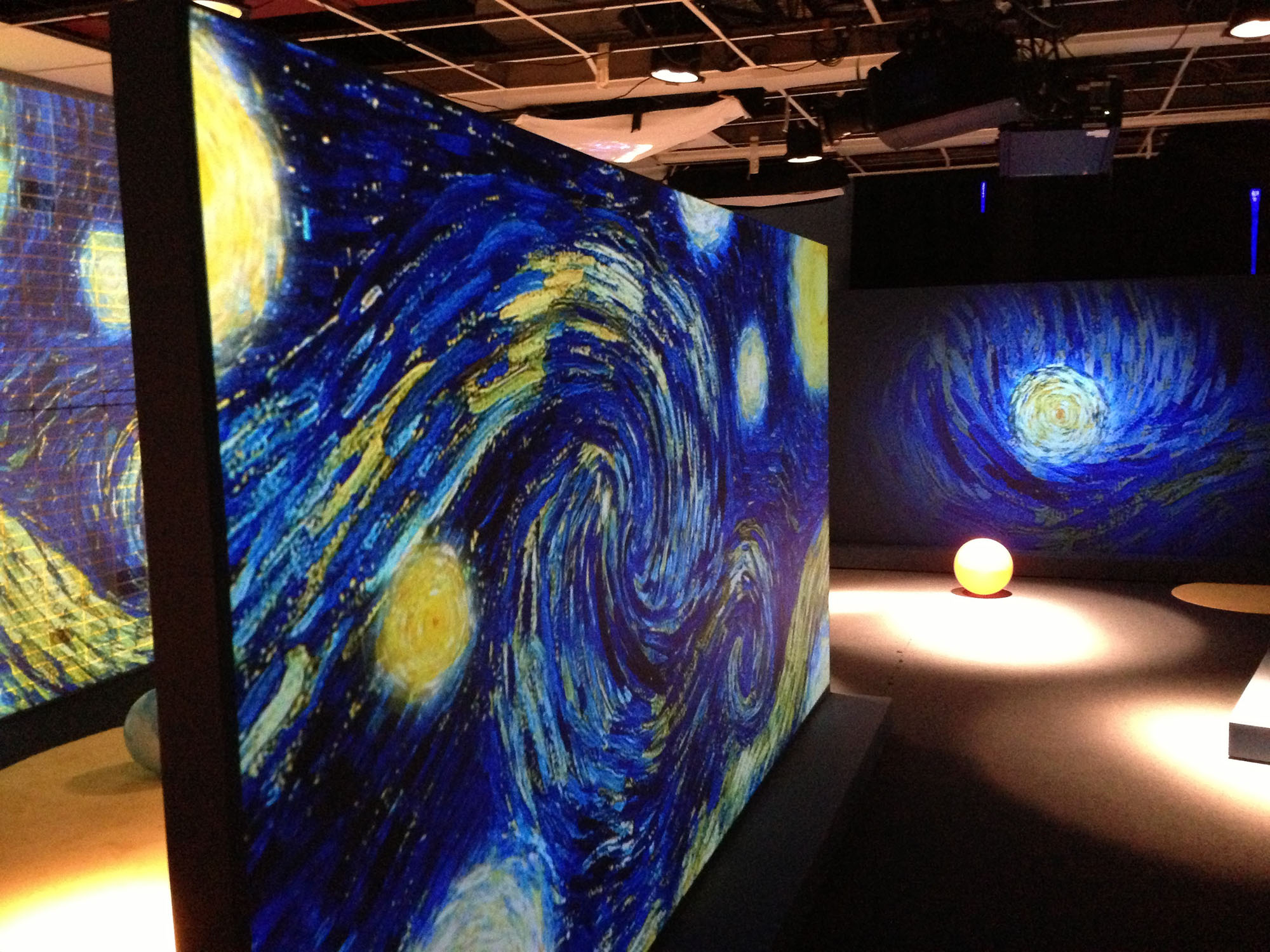 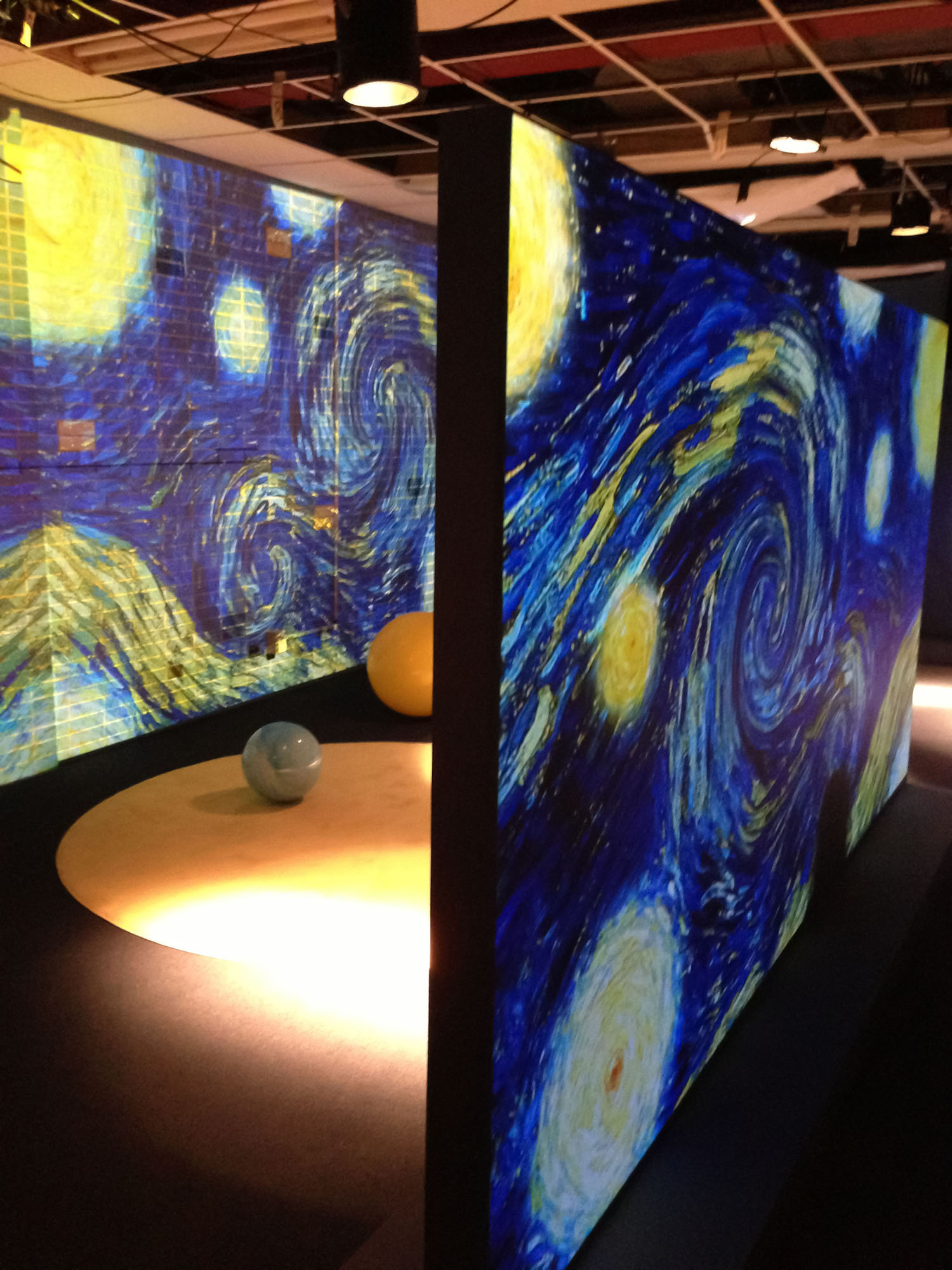