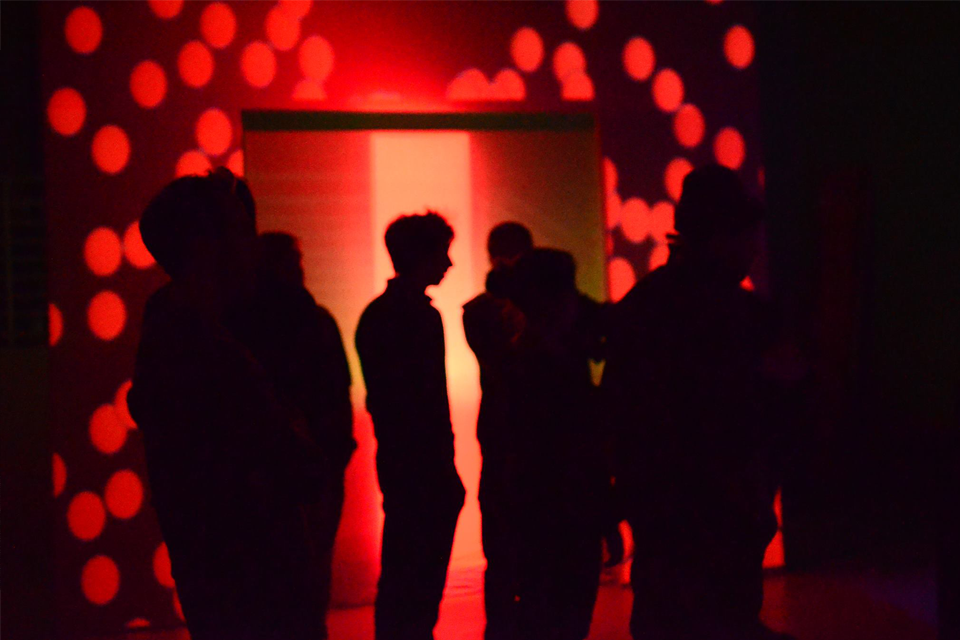 The Interactivity Salon brought together designers from all different backgrounds with the goal of expanding the conception of how reactive technologies can be used theatrically to tell a story. How much agency can interactive storytelling give to the audience? How aware of their involvement should they be? What is the relationship between interactivity and immersion?

I developed a wireless inertial arm tracker allowing an actor to manipulate projected images in real-time using natural interactions such as grabbing and moving in space. I was also responsible for developing a 360° interactive flock simulation that reacted to dancers and audience members as they approached the walls of the space. 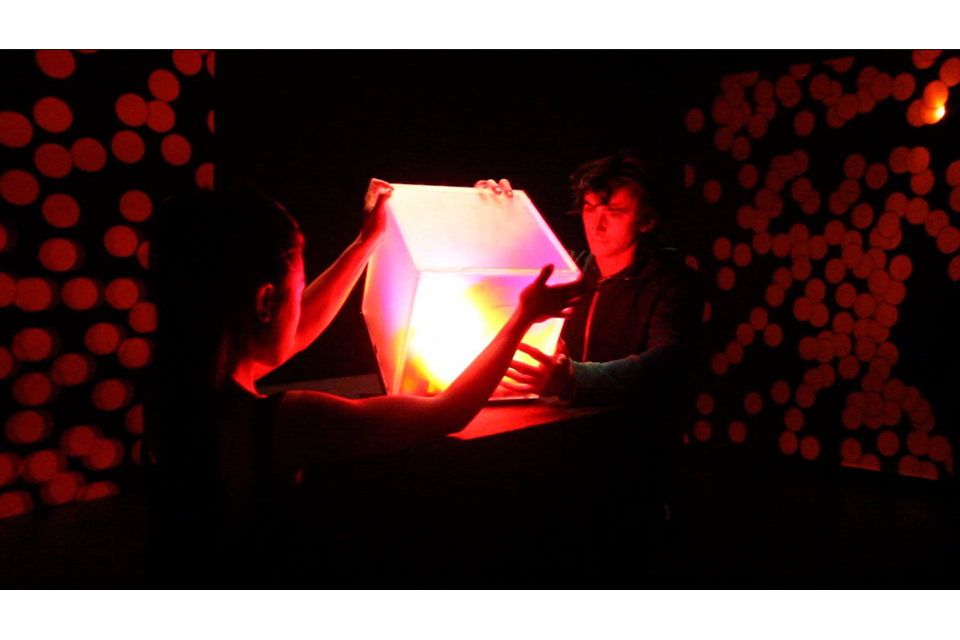 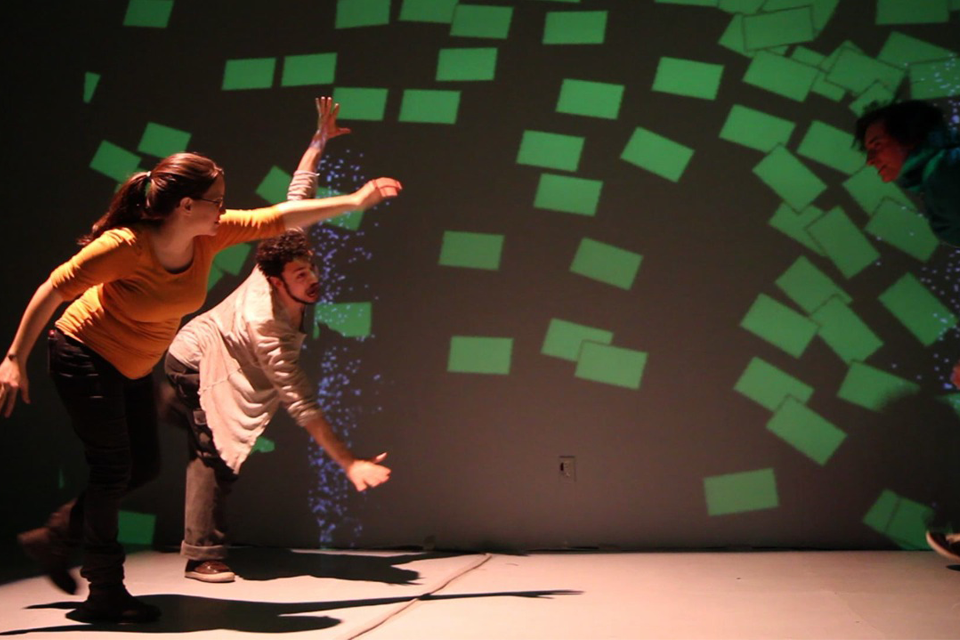 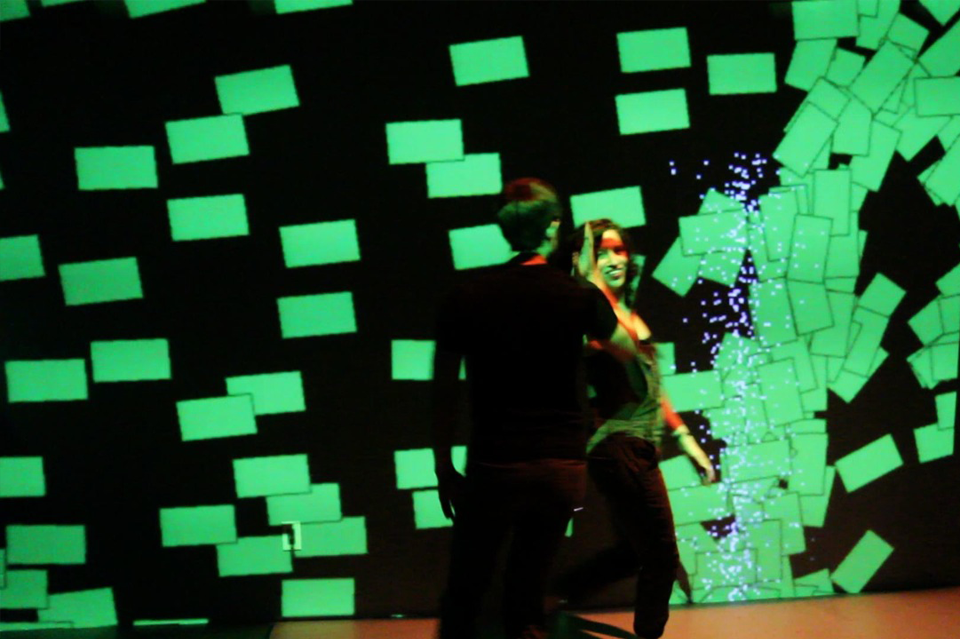 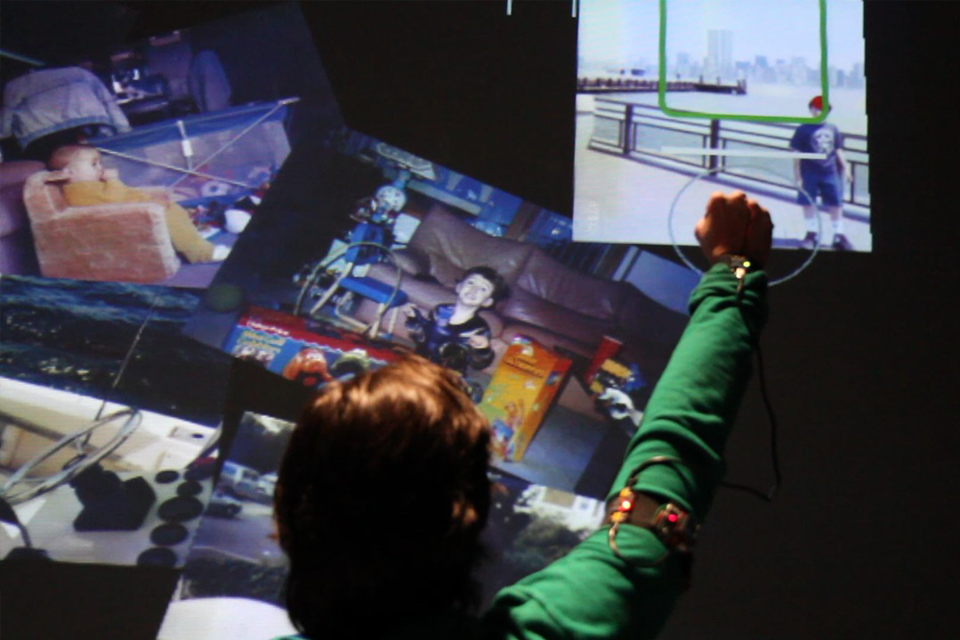